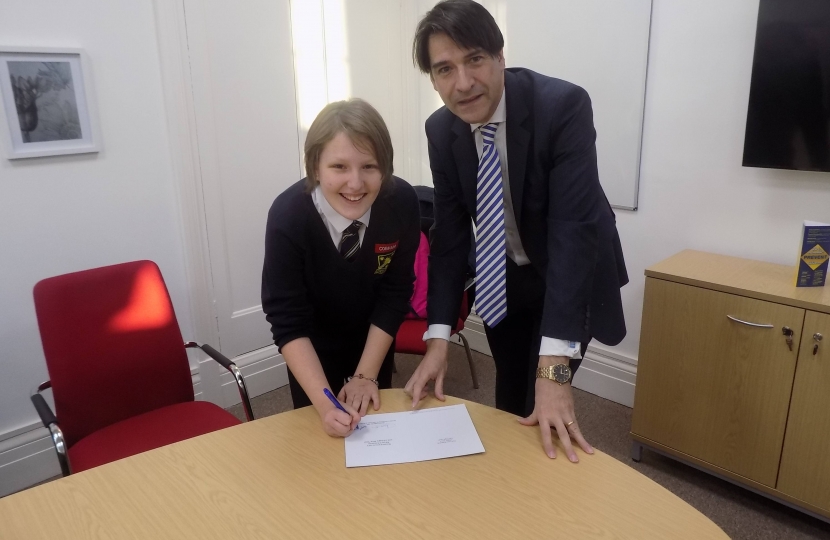 An Halesowen schoolgirl’s artwork is set to make its way to 10 Downing Street after she won James Morris MP’s Christmas card competition.

Abigail’s design, which features decorations on a Chritsmas tree, will now appear on the front of the MP’s official card, which he is sending out to local community groups and schools as well as to parliamentary colleagues.

Four runners-up – Emaan of Reddall Hill Primary School, Dominika of Our Lady & St Kenelms, Neve of Blackheath Primary, and Tia Mae of Halesbury School will feature on the back of the card.

James Morris visited the schools to present the winner and each of the runners-up with their prizes, as well as certificates for everybody who took part.

Congratulating all of the pupils who took part, James Morris said:

“This is the sixth year that I have asked local schools to design my Christmas card and I am always impressed with the quality and variety of entries.

“Well done to Abigail and to the runners-up, as well as to everybody who sent in such fantastic entries, and a big thank you to all of the teachers and staff who encouraged their classes to take part. This year we had over 700 entries.