James calls for action for residents blighted by A456 car cruising 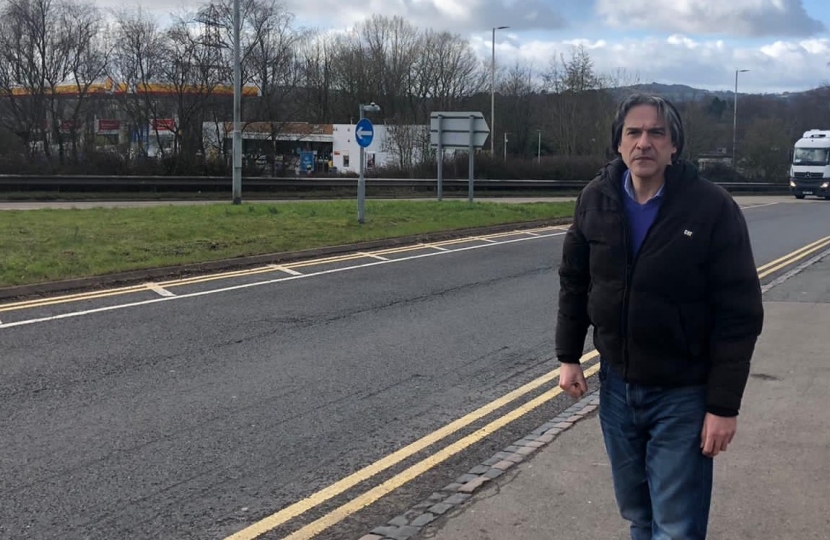 James has been meeting with local residents living near the A456 Manor Way, who have been contacting him recently to raise concerns over car cruising.

A petition has been signed by over 500 local residents on change.org, following a spike in incidents over the last few months. Cars and motorbikes have often been heard racing until 2am, making life a misery for local people and leading to concerns that it will cause a fatal accident.

James met with concerned residents last month and has since convened several follow-up meetings with local Police and Council officials. He has welcomed action that was taken over the recent weekend as Police issued eight fixed penalty notices but is hoping that a long-term solution will be found.

"I know from having me regularly with local residents over the last few weeks how much of a nuisance these speeding issues have been" said James. "I’ve also raised it with local Police officers and I’m pleased to see that these fixed penalty notices have been issued.

"Over the coming weeks I will continue to work with local residents, councillors and the local Police to ensure that this issue has a long-term resolution."

Rachel Palmer, a local resident who organised the petition, added, "I am pleased that the issue of car cruising is being taken seriously, as is affected the lives of many residents in Halesowen, and that is why I set up the on-line petition. It is important that we report incidents to the police and stop it from happening."

Local residents who wish to add their signature can do so at Petition · Stopping car cruising on the A456 Halesowen · Change.org

Looking after our mental health has always been a priority, and never more so than during the lockdowns and the rather abnormal way of living that we had to adapt to during the worst of the pandemic.