James celebrates Conservative success in the local and Mayoral elections 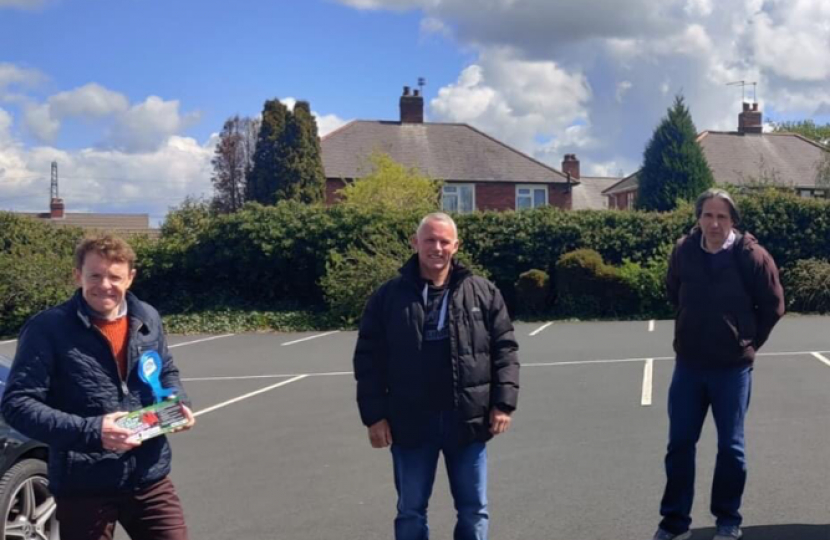 James has congratulated seven Conservative councillors across Halesowen & Rowley Regis who enjoyed success in the local elections held on 6th May, as the Party gained a substantial majority on Dudley Council and were able to form an opposition grouping in Sandwell.

In Halesowen, David Vickers and Ruth Buttery were re-elected as Councillors in Halesowen South and Hayley Green & Cradley South respectively, whilst Dan Bevan and Peter Dobb ensured that Belle Vale remained an all-blue ward after Laura Taylor and Jake Cooper stood down. In Halesowen North, Stuart Henley returned to the Council by making a gain from Labour, meaning that 11 out of the 12 Halesowen Council seats are now Conservative-held.

In the Rowley ward on Sandwell, Laured Kalari and Satpal Singh made two gains from Labour, as part of nine seats that the Conservatives won across the borough to ensure the ruling Labour group has an effective opposition to face. Greg Allman and Satinder Dunn feel just short of making gains in Blackheath and Cradley Heath & Old Hill respectively, but Rowley Regis now has Conservative representation on the Council for the first time since 2012.

James has also congratulated Andy Street on his re-election as Mayor of the West Midlands, after he defeated his Labour opponent Liam Byrne by over 47,000 votes, and has commended Police & Crime Commissioner candidate Jay Singh-Sohal on a strong campaign that sadly fell short to Labour’s Simon Foster.

“Thursday night was a long one but incredibly satisfying, all our candidates in Halesowen fought really hard and I know that they will be strong voices for their wards, for Halesowen, and for the Dudley borough"< said James. "In Sandwell, we’ve really taken the fight to Labour over the last few years and I’m delighted that, in the Rowley ward in particular, that has now paid off. Working with their Conservative colleagues, Laured and Satpal will be able to hold Sandwell Labour to account and ensure more transparency following all the problems of recent years.

“I was also delighted that Andy Street won a second term as Mayor with such a strong endorsement, he has led the West Midlands through a very challenging past year and now he will be able to lead our economic recovery as we build back better. I look forward to working with him as he delivers his ambitious plan for the region to bring in more investment, housing, jobs and better transport connectivity, and I’ll be doing what I can to ensure that Halesowen & Rowley Regis benefits.”

Remembering the tragedy of 9/11

As for so many people, Tuesday 11th September 2001 began for me as a fairly normal and non-descriptive day. I was working from home at the time, with the radio on in the background, when reports came through of a place crash in the USA.