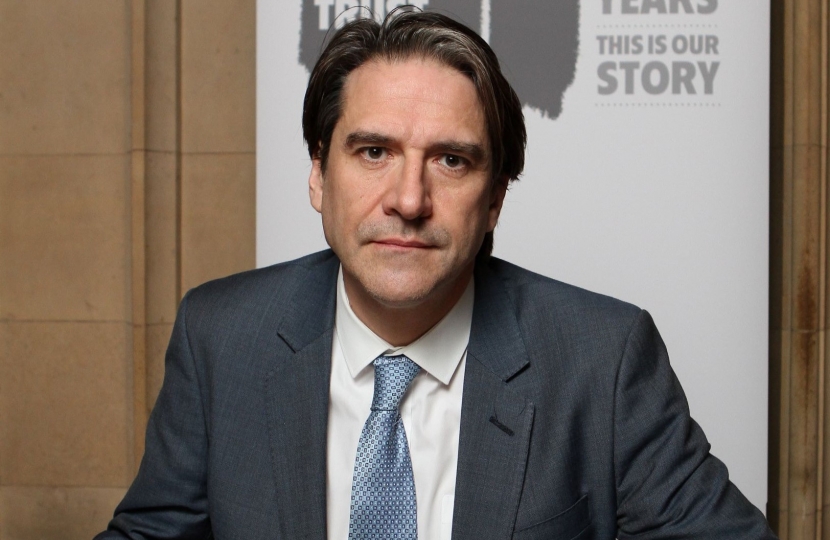 James signed the Holocaust Education Trusts’ Book of Commitment this week to remember those killed in the Holocaust and support the Trust’s ongoing work to educate young people on what happened.

Holocaust Memorial Day takes place on 27th January each year, on the anniversary of the liberation of Auschwitz Concentration Camp, but this year’s commemorations were especially poignant as it was the 75th anniversary. James marked the occasion by attending a service at Dudley College alongside other local civic and religious leaders and heard the stories of Auschwitz survivor Mindu Hornick MBE.

Many MPs from all parties signed the Book of Commitment, before it was taken to Downing Street for the Prime Minister to add his own signature.

James said: “Holocaust Memorial Day is an important opportunity for people from Halesowen & Rowley Regis to reflect on the darkest times of European history. I had the opportunity to visit Auschwitz myself when I was younger, and I will never forget the impression that it made on me. As the Holocaust moves from living history, to history, it becomes ever more important that we take the time to remember the six million Jewish victims and also pay tribute to the survivors.”

Looking after our mental health has always been a priority, and never more so than during the lockdowns and the rather abnormal way of living that we had to adapt to during the worst of the pandemic.