My take on the Withdrawal Agreement 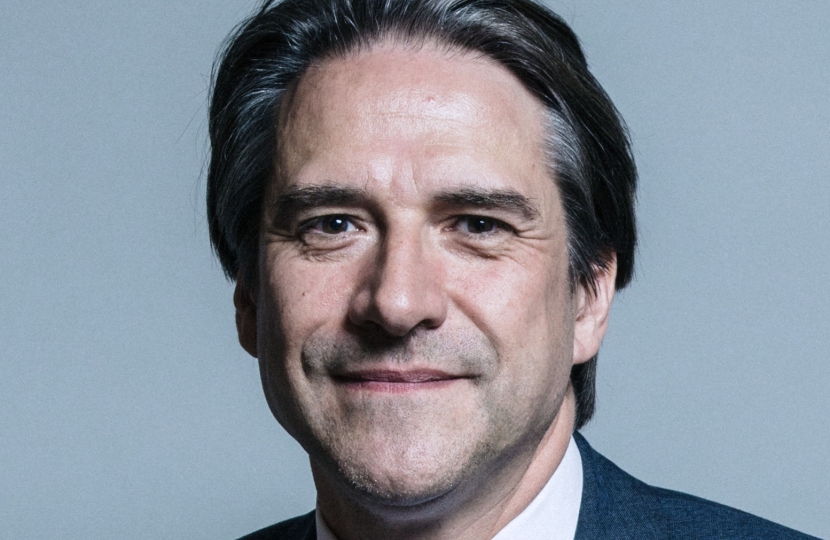 Ever since the EU referendum in June 2016 I have consistently said that I would respect the result of the referendum and work hard, as your local MP, to make Brexit happen.   That is why I voted for Article 50, which triggered the process by which we formally leave the EU, and voted in favour of the EU Withdrawal Bill which means we will be leaving the EU on the 29th March 2019.  I have also, through Parliamentary questions and debate ensured, that the voice of local people and business has been heard as the government proceeded with this negotiation.

We are now reaching another crucial point in this process.  For two years now the UK government has been engaged in negotiations with the EU to agree the terms of our withdrawal and agree the framework of our future relationship with the EU as we leave.   Last week the Government announced that it had agreed a draft Withdrawal Agreement.

There are many passionate views on what the terms of our withdrawal should be.  Some people are campaigning to stop Brexit completely and argue that we need a second referendum.   Some people say that we should leave with ‘no deal’ and others that we should have a soft Brexit where the UK stays within the EU single market and customs union.  At the moment Parliament is divided and split on the issue.  The negotiations have been difficult with both sides required to compromise in order to achieve the outcome.

This is the context in which I, as your local MP, am considering my response to the Withdrawal Agreement and Political Declaration which has been presented by the government.  These decisions are not easy and are never taken lightly.   The deal is not perfect; but we shouldn’t make perfect the enemy of the good.  It is important to examine what the proposed agreement delivers.  It means:

These are significant achievements reflecting the determination of the government to deliver on the mandate of the referendum.

There are two elements to the agreement which are controversial. These require some explanation.  The agreement envisages an implementation or transition period whereby the UK leaves the EU but stays part of the EU’s customs union and single market until December 2020. This was agreed back in December and is designed to give business certainty and stability to continue to trade and invest as the building blocks of our future trading relationship are put in place.

The agreement also allows for a time extension of the implementation period beyond December 2020 if we have not been able to reach agreement with the EU on the terms of our future trading relationship by the end of 2020.  The agreement also has provisions and protocols around what has become known as the ‘backstop’.  The backstop, which would only come into effect if we were unable to agree our future trading relationship with the EU, has provisions which would mean the UK staying in the EU customs union until such time as agreement is reached and there is an agreement that the ‘backstop’ should no longer apply.  These are legal and technical issues; but they raise fears that the UK could be locked into EU arrangements for years to come.  I understand those concerns; but, cutting through the legal and technical jargon,  the agreement is very clear (and the political declaration, which accompanies it, also reflects) that the UK and EU are rightly committed to agreeing to the terms of our future trading relationship well advance of December 2020.  It is my view, therefore, that the extension provisions and back stop protocols are very unlikely to be used.

There has also been debate surrounding the financial settlement in the Withdrawal Agreement. Some people have spoken about us handing over £39bn to the EU for access to the EU market and/or for other reasons.  This is wrong. The £39bn figure refers to ‘our rights and obligations as a departing Member State’ and represents our historic liabilities. Once we have left the vast annual payments to the EU will stop.

I will therefore be supporting the Withdrawal Agreement when it comes before Parliament to vote.  I do believe it delivers on the result of the referendum and also provides the certainty business needs to continue to trade and invest.

Some people say we should simply walk away and leave with no deal.  It is very important we should be prepared for no deal in the event that, ultimately, the agreement does not pass. We would survive and find a way through; but It would be much better for us to leave without unnecessary economic disruption.

This is a critical moment in our nation’s history.  The next few weeks and months, as we prepare to leave the EU, represents a moment of huge opportunity for our country.  We can begin the process of building our future as an independent country once again – free to determine our own immigration policy, to strike trade deals around the world to turbo charge our prosperity and for Parliament to determine our laws without interference.  That is the prize before us.

The alternative is a divided country which becomes paralysed by the Brexit debate.  As someone who worked in small business before politics I am a pragmatist.  Many people I speak to in Halesowen and Rowley Regis say to me ‘why can’t we just get on with leaving’.  I agree.  The agreement we have before us allows us to do just that.