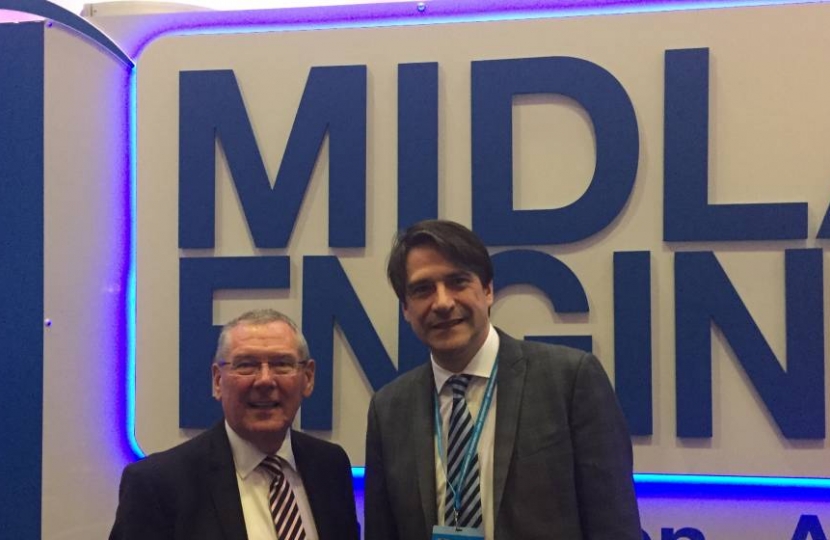 The beginning of October traditionally sees the Conservative Party meeting for its annual gathering, and is the end of what is known to be the ‘conference season’.

While meeting in Birmingham, Theresa May set out her vision for Britain, and also announced a series of measures which will begin the process of us leaving the European Union.

Our exciting of the EU will be one of the most important acts this government, or of any in living memory, will have to navigate through. We need to get this right, and we need to make a success of it. We cannot waste time by discussing the outcome of the referendum. It’s astonishing to see some politicians and commentators trying to find ways of undermining the referendum result. We’re leaving, and that’s that.

For me, the most important thing is to ensure that our local economy in the Black Country is given the reassurances it needs to keep growing, to ensure that our businesses are able to grow, jobs protected and employees continue to have the security of a pay packet.

The Prime Minister outlined the next steps which include a new piece of legislation to be introduced next year, which will repeal the European Communities Act 1972, bringing an end to the EU’s authority in UK law. The triggering of Article 50 will begin by the end of March 2017, which is the formal notification of our intention to leave.

Although important, we must make sure that we are not completely distracted by our exit of the EU, and that the other important issues facing our country are dealt with. While setting out her vision for the future, Theresa May spoke about her desire to create a country that works for everyone.

Controlling immigration, taking a more active approach to combat tax dodgers and help for ordinary working class people, these along with strengthening our NHS and improving mental health services, are at the forefront of this new governments vision.

The Conservative conference this year showed that as a party we are united and committed to governing this great country. Our aim is to build a Britain where everyone plays by the same rules, and one in which truly works for everyone.